Woldemar Neufeld was born in 1909 in Russia and moved to Ontario, Canada, in 1924, where he attended night school at the Ontario College of Art. He subsequently enrolled in the Cleveland Institute of Art and then studied at Case Western Reserve University, graduating in 1941 with a degree in art education.

A painter and watercolorist, he was best known for his masterful printmaking, which flourished in the mid-1940s when he moved to New York City and began creating a series of colorful compositions synthesizing the kinetic energy of the East River waterfront.

Neufeld moved to New Milford, Conn., in 1949, establishing a studio gallery and art school in a rural part of town and finding inspiration in the small towns and rolling landscapes of the Litchfield Hills. He taught in New York City and was art director of the Millbrook School in Millbrook, N.Y. from the early 1950s to 1971—while also maintaining his studio in New York.

The Ephemeral New York blog has a nice post about Neufeld.

And the Waterloo Public Library offers interesting biographical information about the artist, including the fact that is father was executed in 1920 and after his mother remarried, the family fled to Canada.

An obituary published in The Newtown Bee upon his death in November 2002 listed his works as being in collections that included those of the Library of Congress, The Metropolitan Museum of, The New York Public Library, the Cleveland Museum of Art, the Mattatuck Museum in Waterbury, Conn., the Museum of the City of New York, and the New Britain Museum of American Art in New Britain, Conn.

Gregory James Gallery has a collection of original works by Neufeld, including a trove of work discovered and delivered by the artist’s son Laurence in January 2021.

Contact gallery owner Gregory James Mullen for details and pricing, or to arrange a COVID-safe visit, at 860-354-3436 or by email at GregoryJamesG@aol.com.

Listed below are linoleum block prints (linocuts). Each one is uniquely hand printed. 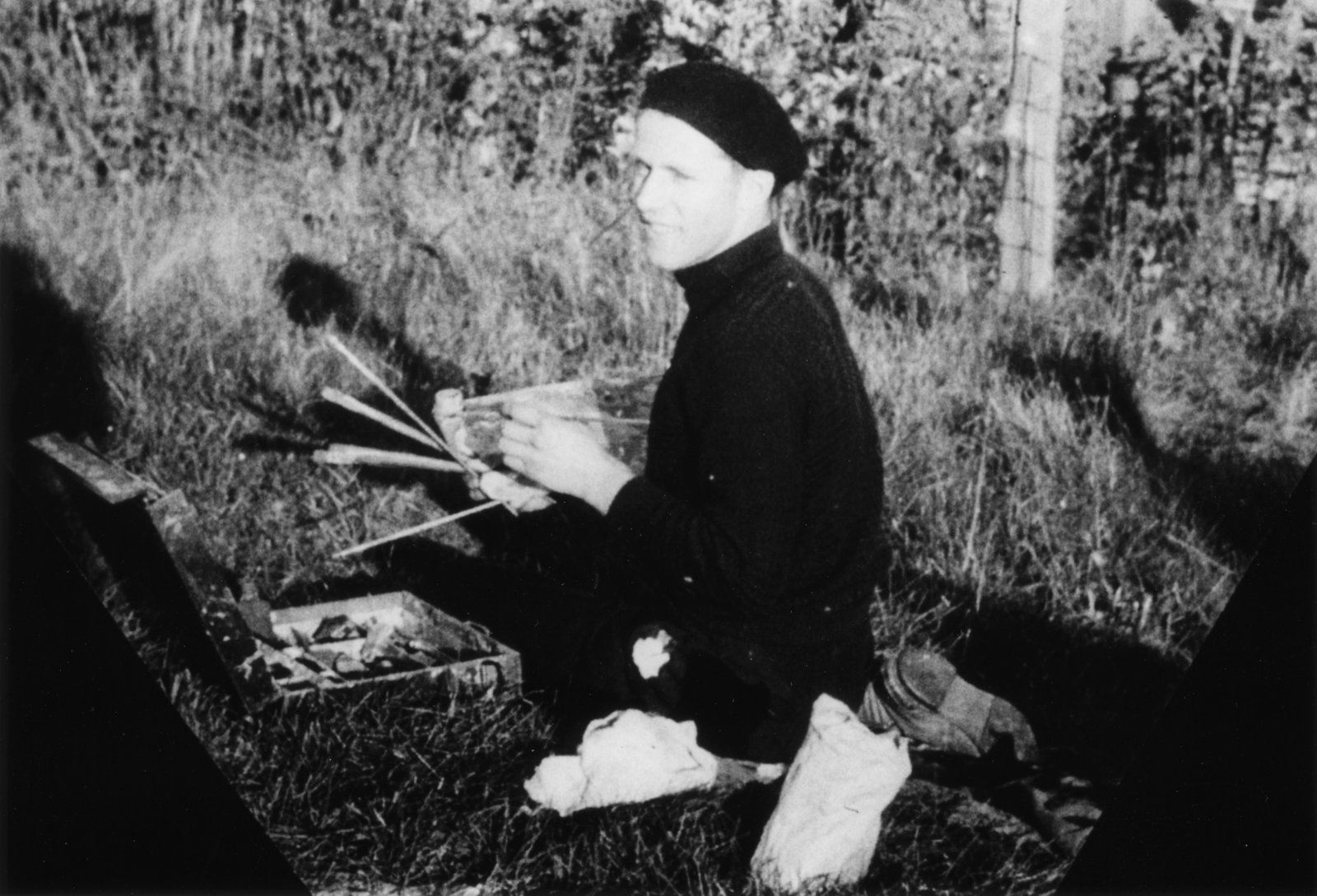 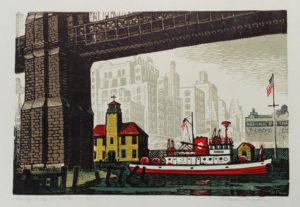 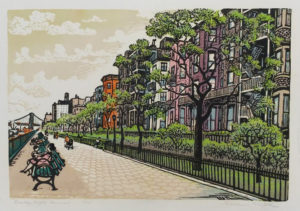 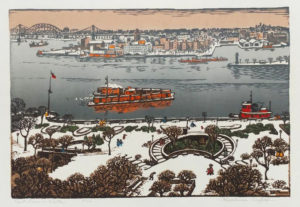 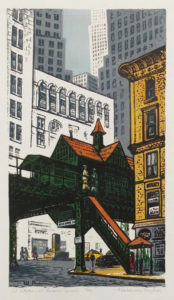 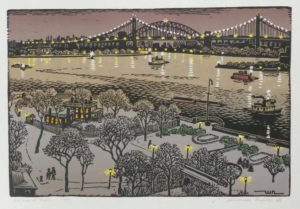 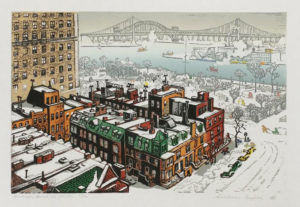 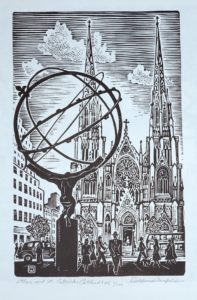 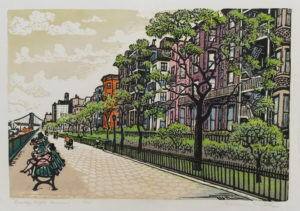 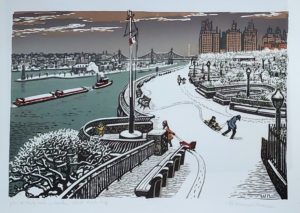 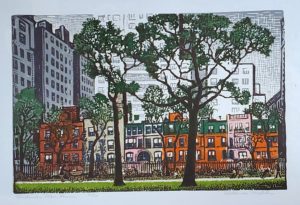 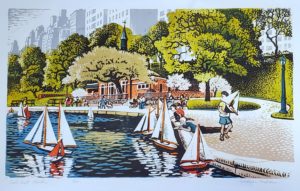 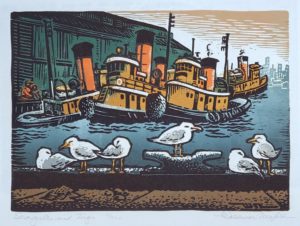 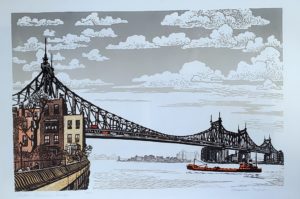 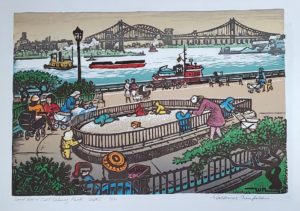 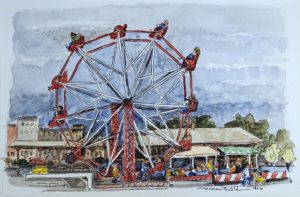 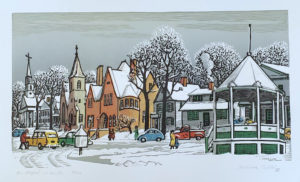 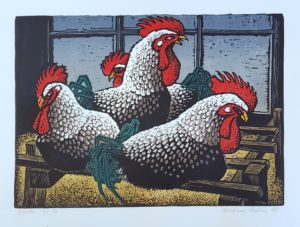 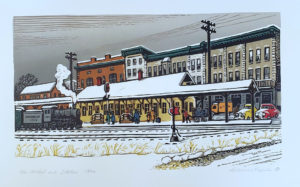 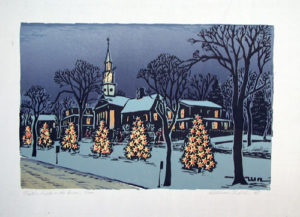 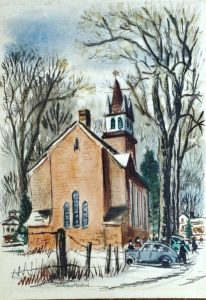 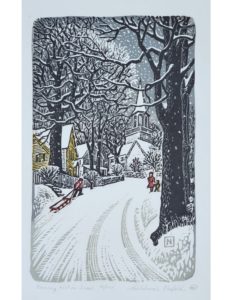 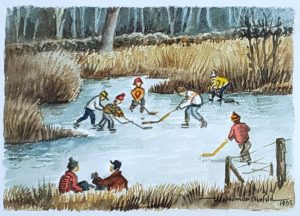 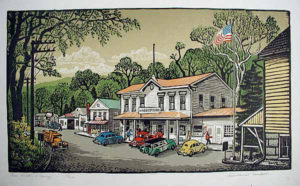 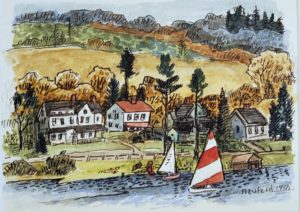 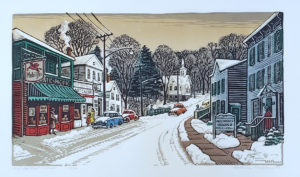 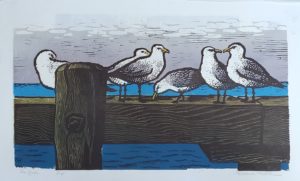 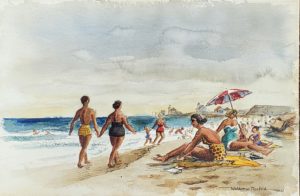 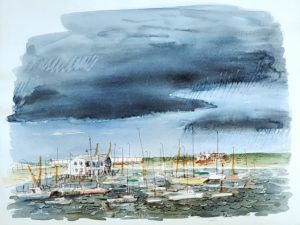 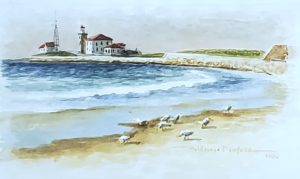