Artist Woldemar Neufeld (1909–2002), originally from Ukraine, lived and worked in the Litchfield Hills from the mid 1940s, and every August he brought his family to a storied summer haven, Watch Hill, R.I.

Neufeld’s son, Laurence, fondly recalls the two-week seaside vacations throughout the 50s, 60s, and 70s, when swimming and walking on the beach were complemented by painting. Sometimes the artist also would be joined by students from his summer art school on New Preston Hill Road in the Merryall section of New Milford.

Before Neufeld bought that property in 1949, he had rented space across from Alexander Calder’s studio in Roxbury beginning in 1946, maintaining studios in both Litchfield County and New York City.

Gregory James Gallery has a collection of original works by Neufeld, including watercolors and linocuts of Watch Hill and neighboring Stonington, CT.

Contact gallery owner Gregory James Mullen for details and pricing at 860-354-3436 or by email at GregoryJamesG@aol.com, or visit the gallery. 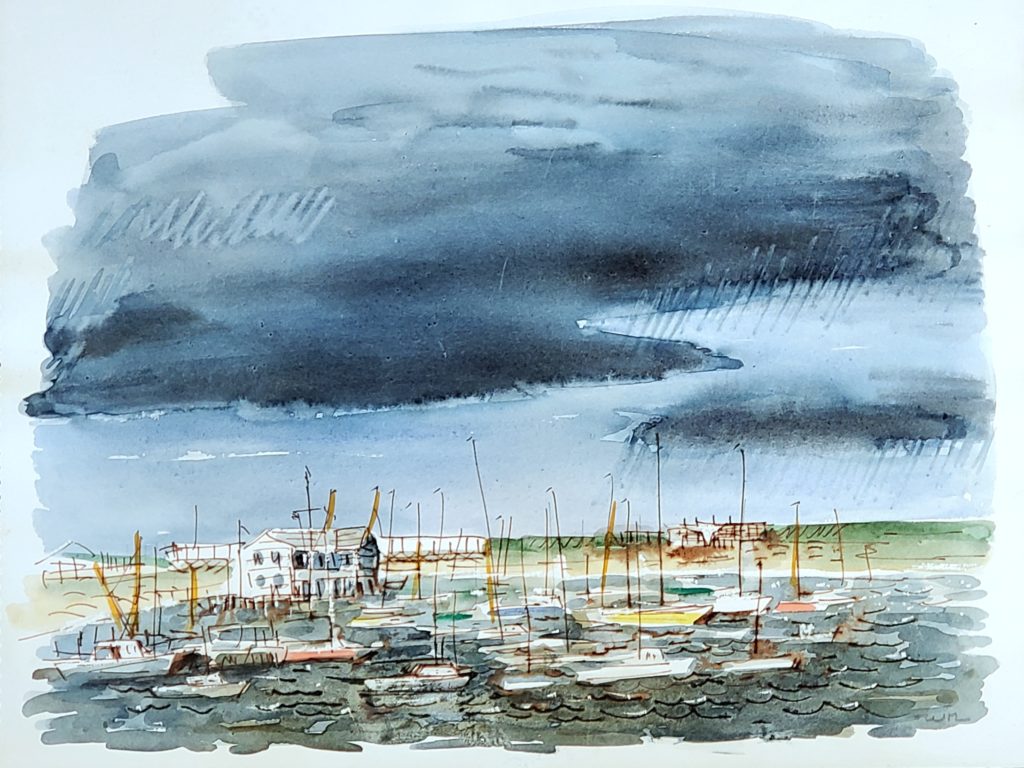 According to the book Woldemar Neufeld’s Canada, for which Laurence was an editor, “Neufeld (1909–2002) emigrated with his Mennonite parents from Ukraine to Canada in 1924. By the late 1920s, he had begun his lifelong project as documentarist, responding especially to the built environment, whether close to his home in southern Ontario or farther afield: northern Ontario, the prairies and the west coast, the Maritimes and Quebec. His work passed through a number of styles, from the coolly abstract to the vividly ‘realistic.’ Although he never abandoned oils, he produced a substantial body of watercolours and block prints—the latter influenced by German Expressionist and Japanese printmaking approaches.

Woldemar Neufeld’s Canada, a record of Neufeld’s Canadian paintings and block prints, explores influences that shaped Neufeld’s career as it developed in Canada during the 1920s and 1930s and came to fruition from 1940s to the 1990s. Early on, Neufeld came into contact with leading Canadian artists, from Homer Watson to members of the Group of Seven. During the 1930s, he began to participate in group and solo exhibitions, including a one-man show at the Vancouver Art Gallery. After studies in Cleveland, he settled in New York City (1945) and New England (1949). Until the 1990s, however, he continued to work in Canada, returning especially to document, in various media, urban and rural landscapes in southern Ontario.”

See a press clipping on an exhibit of Neufeld’s works at The Silo in 2013 for additional details.