Hudson Valley artist James Coe sees things the rest of us overlook in the rural landscape around us, especially when we experience it through the windows of a rapidly moving vehicle.

With his talent and skill for evoking narrative qualities, Coe elucidates the transcendent qualities of particular places and moments in time—a barn at the edge of a snowy field at dusk, the green of spring returning to a farm—by presenting the scenes in almost elegiac fashion.

Reflections in a woodland pool of dead trees become an “honor guard” for a pair of mallards regally gliding by, the shimmy of a stream in the last light of day amid a snowy landscape becomes a sculptural element that radiates a quiet sensuality, and the sides of a red barn and adjacent white house assert their DNA as pure geometry when they shine intensely with the last great burst of the hastening sun.

“Those are the scenes that draw me in,” says Coe of the barns, farms, fields, streams and relics of rural heritage that surround him in Hannacroix, N.Y., a rural farming community on the Hudson River about 25 miles south of Albany.

Importantly for Coe, there are two kinds of landscapes—those with birds and those without birds.

The artist graduated with a degree in biology from Harvard University and intended to become an ornithologist—before going on to attend Parson’s School of Design in New York as a graduate student, where he studied figural and still life art in a traditional atelier setting. After earning a master’s degree, the training in biology and art combined to yield a focus on the art of field guide illustration.

Coe’s résumé includes contributions to the “Easy Bird Guide: West,” and “Birds of New Guinea,” and to Frank Gill’s classic college textbook “Ornithology.” In the illustration arena, he may be best known as the author and illustrator of the acclaimed “Golden Field Guide Eastern Birds,” published in 1994 and reissued in 2001 by St. Martin’s Press.

When Coe transitioned to focusing solely on fine art, he began painting en plein air landscapes. “When I go out locally to paint, I like to do studies out in the field,” the artist says of a process that now most often involves canvases being completed back in the studio, and sometimes being translated into larger works of the same scene.

In many of Coe’s works, the landscape or its architecture—or a detail such as a cedar tree—comprises the compelling subject matter. “It was started as an on-site painting but I ran out of time and light,” Coe says of a work that distills the gestural qualities of a cedar tree cast against a vivid blue creek.

At some point in his process, Coe will ask himself, “Is this scene appropriate to put a bird into or not?” As that question implies, the paintings with images of birds that are both poetically evocative and scientifically accurate aren’t necessarily a documentary-style recording of a particular bird witnessed at a specific time and place.

Instead, relying on his academic training and long ornithological experience, Coe inserts the appropriate bird into a given landscape if he decides the scene will be ennobled by the presence of a winged visitor. “Landscapes with birds become more intimate,” the artist says, and birds add “a certain life and movement you don’t get in the scene itself.

His website elaborates: “ … the bird is not simply pasted into the scene for illustrative or narrative purposes; instead, Jim’s goal is to introduce an element of movement, color, or interest to the landscape. He hopes to evoke the poetic quality of bird watching: that magical moment when bird, environment, and atmosphere merge into one memorable image. “

Kathy Foley, director of the Woodson Art Museum in Wausau, WI, has described Coe’s recent canvases as being “ethereal, moody, and sensitive all at once.”

“I try to work at the easel every day,” says the artist, who in late March was working on a painting of hooded mergansers, the small ducks whose male has a bracing shock of white on its seemingly oversized head.

James Coe grew up in the suburbs of New York City, and had an early fascination with the egrets and shorebirds he saw in salt marshes. As a teen, he began to paint when he and a friend set out to compile a guide to the local birds, according to the bio on his website.

After Harvard and Parson’s—and essentially a 15-plus-year career as a field guide and scientific illustrator—he embraced fine are full-time.

“He found that many of the skills needed to capture the fleeting light and dynamic conditions of the landscape are analogous to those he had previously developed for sketching an active bird as it foraged or preened,” says his website at jamescoe.com. “Both rely on careful observation, practiced visual memory, speed, and instinct. But the vigor and physical energy that it takes to dash a quick field study in oil paints were new to Jim’s work at that time, and they clearly helped shape his approach to painting.”

Coe is a Signature Member of the prestigious Oil Painters of America, as well as the American Impressionist Society and Society of Animal Artists. As a member of the Board of Directors of the Society of Animal Artists, he serves as the Jury Chair and oversees the selection of the SAA's annual exhibition.  For more than 30 years, he has been a regular exhibitor in the Leigh Yawkey Woodson Art Museum’s prestigious “Birds in Art” annual and in 2011 was recognized as the Museum's 32nd Master Wildlife Artist.

Coe is represented in the permanent collections of the New York State Museum, Massachusetts Audubon Society, the Hiram Blauvelt and Leigh Yawkey Woodson Art Museums, and the Bennington Center for the Arts. His work has been featured also in Wildlife Art, American Art Collector, and in the online publication Wildlife Art Journal. His paintings have appeared on the covers of Sanctuary, Bird Watcher's Digest, Birding World, and The Auk, professional journal of the American Ornithologist’s Union. 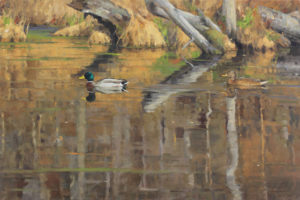 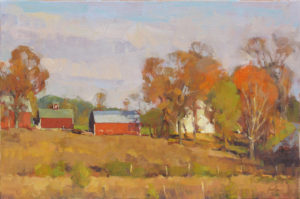 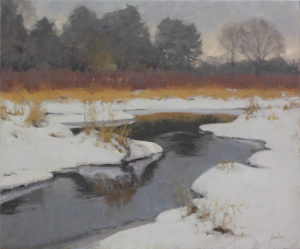 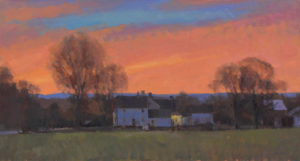 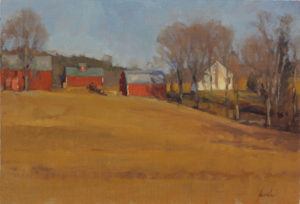 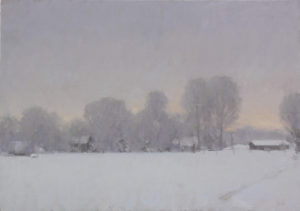 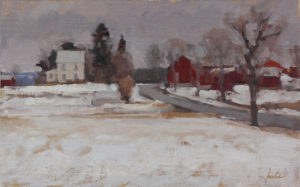 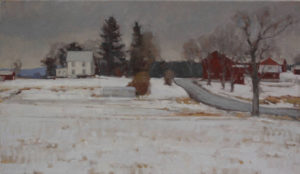 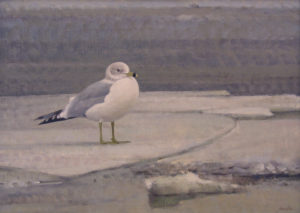 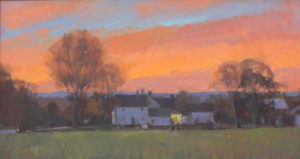 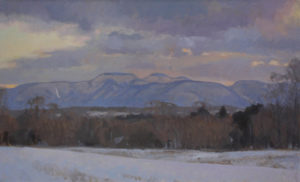 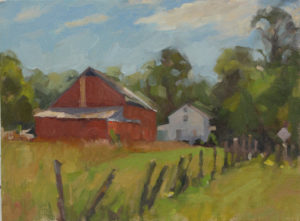 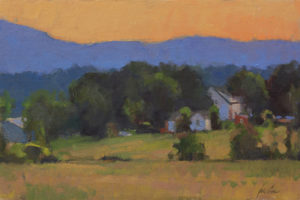