“Seasons by Thomas Adkins,” an exhibit of recent works by the Southbury landscape painter, opens Dec. 1, 2020 and runs through Jan. 31. View the paintings in the exhibit

Thomas Adkins is a Southbury, Connecticut and Maine resident and a graduate of Paier College of Art of New Haven. Also completing graduate classes at the School of Visual Arts of New York. He has worked as art director and creative director for some of Connecticut’s and New York’s most prestigious advertising agencies.Adkins designs and illustrations, have been used by Black & Decker, Kraft Foods, GE, IBM, Minolta, Nestlé Waters North America, Wendy’s and other major corporations.

His work has been exhibited throughout the US and is a member of many prestigious artist organizations such as Salmagundi Art Club in New York, Oil Painters of America, and Connecticut Plein Air Painters Society among others.

Thomas Adkins is a seasoned veteran of plein air painting. Most works begin with on location studies 16 x 20 or smaller. Adkins then composes larger works in his studio compiling sketches, additional studies and from memory. His most recent works have been in Northwestern Connecticut area along with views of the Mid Coast of Maine.

“My paintings spring from a lifelong fascination with the outdoors. This fascination, present even in my earliest memories, has greatly influenced my personal, academic and professional pursuits, and most significantly, my artwork.”

The moods, mystery, and atmosphere along with inherent design of nature intrigue me, and I seek to unveil and express those qualities in my paintings, trying to document a specific place and time. Every good landscape painting should have a sense of what the artist is feeling to a particular location. Everyday and every hour there is a different reaction nature has on our senses.

It is self-evident that the single family farms and working harbors is threatened and rapidly vanishing. Still, there is a physical, emotional, and spirituality that remains evident. I choose to capture the inspiring of what still remains, rather than what has been lost.

As a contemporary painter of the New England landscape. His style and technique has developed from early influences by impressionistic painters of light on nature, such as Monet, Pissaro. Willard Metcalf and most recently Peter Poskas and Clyde Aspevig. Adkins has the rare ability to capture the subtle nuances that make up the ever changing beauty of light on the New England landscape in a realistic contemporary way.

Read more about Thomas Adkins in the Litchfield County Times. 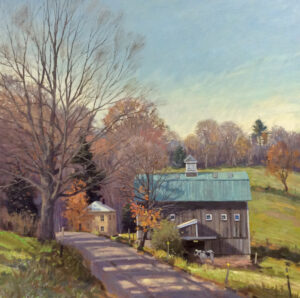 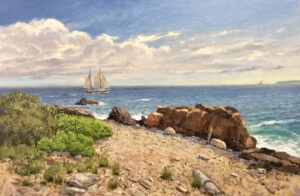 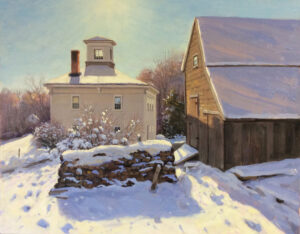 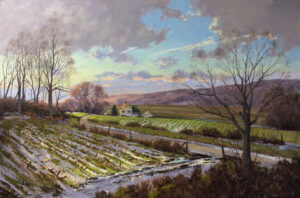 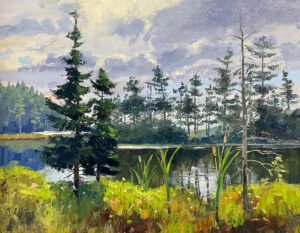 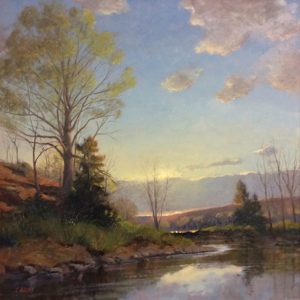 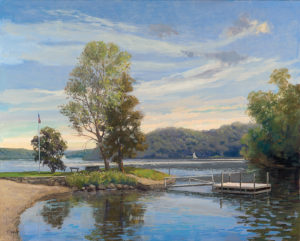 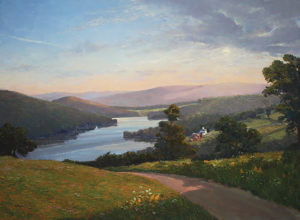 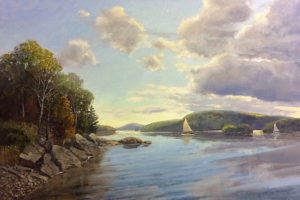 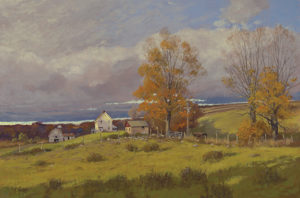 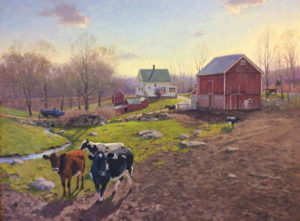 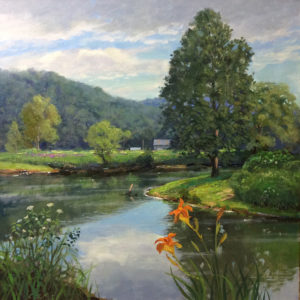 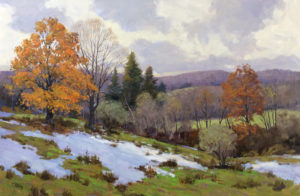 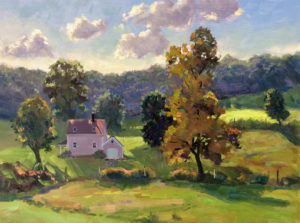