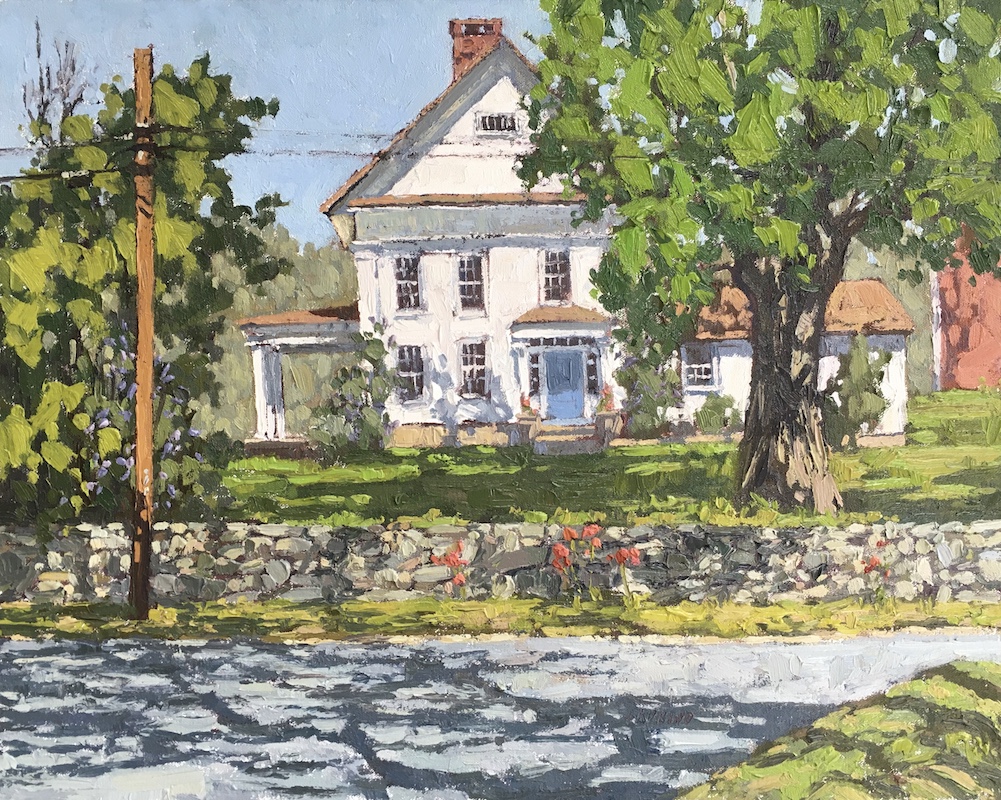 Laurino, who studied design and color theory at the University of Connecticut, paints both in the studio and en plein air in a bold representational style, producing evocative scenes of rivers, lakes, seascapes, woodlands, farms, historic buildings, and other iconic scenes in the Northeast.

See the Artist’s Page for All of the New Paintings

His compositions appear almost photographic from a vantage point of eight to 10 feet, but these are hardly just pretty pictures. Get closer to each canvas and Laurino’s proficiency as a serious painter becomes apparent. His robust brushstrokes form a meditative exaltation of form and texture, with individual brushstrokes pushed toward abstraction before coalescing as a suite to masterfully depict the transformative effect of light on landscapes and seascapes.

The artist is inspired by the thick brushstrokes of Van Gogh, and by the Impressionists, notably American artists Childe Hassam and Theodore Robison. He has been painting since he was a teenager and studied with noted painter Christopher Magadini, among others.

“Laurino doesn’t fret too much over color,” Bob Bahr wrote in a January 2018 story published in Plein Air Magazine. “He’s more concerned with texture and brushstrokes. The colors in a Laurino painting are very harmonious, and this is undoubtedly attributable to his extremely limited palette. The artist only squeezes out a cool blue, a cool red, a warm red, a [cool] yellow, and white. His pieces tend toward a high key, with a lot of bright light.”

“I love the extremes in a painting, the dark darks and light lights, so I do work toward that,” Laurino says in the story. “I tend to paint darks first and apply lights on the focal point last—last, or close to last. I don’t like working too small. I like a lot of inference, and you lose some of that when you tighten it up.” 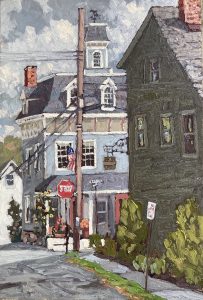 Laurino, who begins with a thumbnail sketch, works on site and finishes paintings in his studio, is a hands-on artist from the beginning to the end of the process. He stretches his own canvas—and he makes his own rustic frames for each of his paintings. “I’ve always liked to make my own frames, and about 10 years or so ago I started using reclaimed materials,” the artist says. “I just like working with the wood that’s a little older, a little roughed up.”

Laurino has paintings in numerous private collections, and is a longstanding member of the prestigious Lyme Art Association, where he exhibits frequently. In 2019, the artist won the Artists’ Choice Award at the Parrsboro International Plein Air Festival in Nova Scotia, and in 2018 he won a third place award in the Finger Lakes Plein Air Competition & Festival. His juried show participation includes the Granby Land Trust Art Show and the seaARTS Maritime Exhibit in Gloucester, Mass.