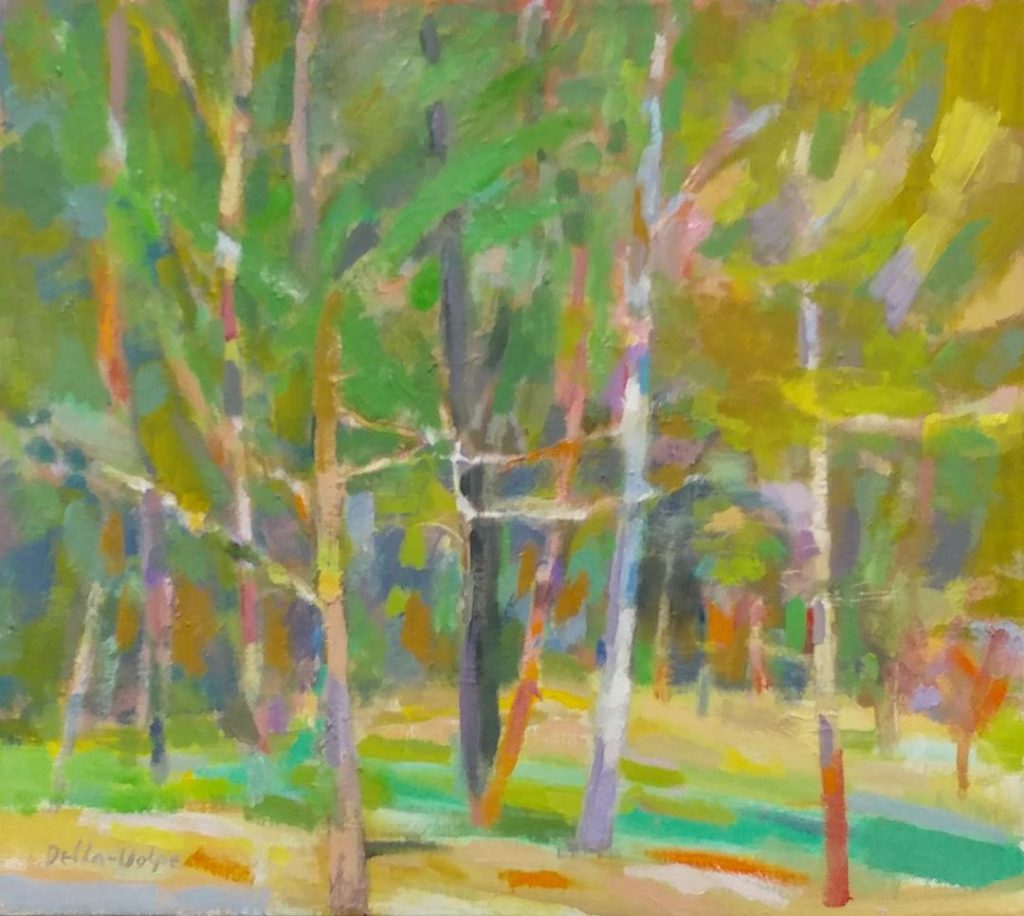 A Millbrook, N.Y. artist who died at age 94 in November 2017, Della-Volpe based each painting on his observation of something in nature that elicited an exciting emotional sensation.

“I have always had a strong urge to express that emotional response on canvas,” he said of his process.

His works championed color, pattern, form, and light and shadows, and he used color in an arbitrary manner, rather than trying to present the hues of representation, in order to achieve more creative freedom.

A natural draftsman as a child, Della-Volpe studied at the National Academy of Design and the Arts Students League in New York. In 1963 he was awarded a fellowship to McDowell Art Colony in New Hampshire.

Each summer, the artist would set off on an adventure with the family’s camping trailer, and the travels led to a prolific series of works focused on beaches, notably his favorite stretches of sand in North Carolina.

“[It is] his work that is his legacy,” Della-Volpe’s obituary said. “It is in the subtle shift of color, the arbitrary use of color, the gradual darkening of a shadow, and the patterns surrounding his mostly serene subjects where one can gain a glimpse inside the head of this most accomplished painter.”

Contact gallery owner Gregory James Mullen at 860-354-3436 or by email at GregoryJamesG@aol.com for pricing or to plan a COVID-safe gallery visit to see the Della-Volpe collection. 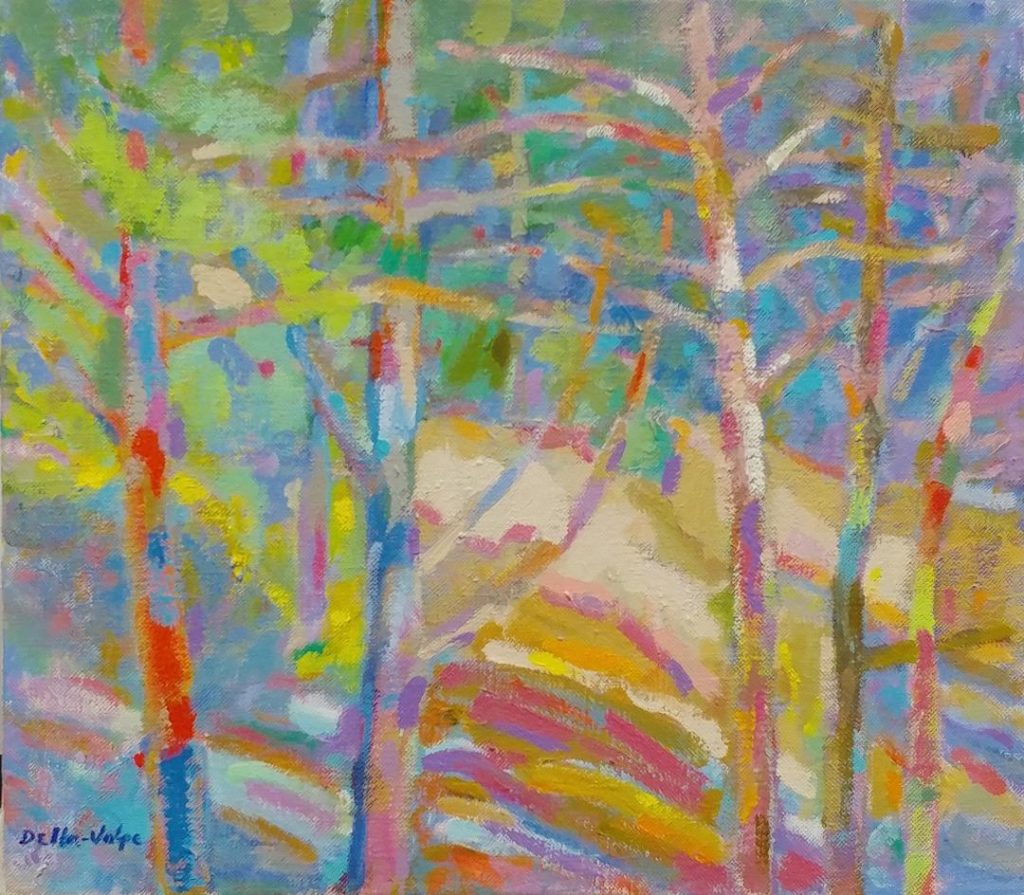